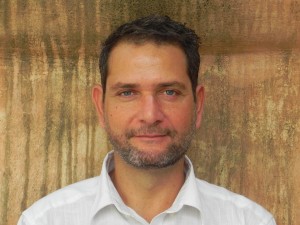 He has held several research posts at the Warburg Institute, at Ruhr-Universität Bochum, and has been a British Academy Post-doctoral Fellow at SOAS, University of London. He has several publications including a substantial monograph on the history and development of Pure Land Buddhism in Tibet, Luminous Bliss: a Religious History of Pure Land Literature in Tibet. With an Annotated Translation and Critical Analysis of the Orgyen-ling golden Small Sukhāvatīvyūha-sūtra (Hawaii: University of Hawai‘i Press 2012); “The Muslim Queens of the Himalayas: Princess Exchange in Ladakh and Baltistan,” in Islam and Tibet: Interactions Along the Musk Routes, ed. by Anna Akasoy, et al. (Aldershot: Ashgate, 2010), pp. 231-252; 2008. “Buddhist Meditation Traditions in Tibet: The Union of the Three Vehicles,” in Buddhist Meditation: An Introduction, by Sharah Shaw. (New York: Rutledge Press, 2008) pp. 159-186; and “Tibetan Buddhism Registered: Imperial Archives from the Palace-Temple of ’Phang-thang.” (The Eastern Buddhist, Vol. XXXVI, Nos. 1 and 2, 2004). pp. 46-105.

He is currently researching the translation history of Buddhism in Tibet with Prof. Roberta Raine http://translationintibet.wordpress.com/.

The Muslim Queens of the Himalayas

From: “The Muslim Queens of the Himalayas: Princess Exchange in Ladakh and Baltistan.” In Islam-Tibet: Interactions along the Musk Routes,  eds. Anna Akasoy et al. Ashgate Publications, 2011: 231-252.