The OCBS is holding one lecture this term.  There will also be two Lingyin lectures.

Reconfiguration and Revival: Newar Buddhist Traditions in the Kathmandu Valley (and Beyond) 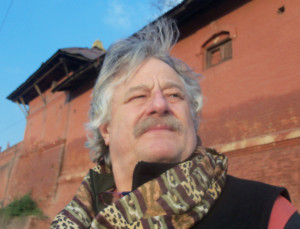 Beginning with Sylvain Lévi,  most scholars for the past century who have assessed the state of Newar Buddhism in the Kathmandu Valley have described the tradition as “decadent,” “corrupted by Hinduism,” and so in serious decline. Many predicted its withering away, most often due to competition from the reformist Theravādins, a movement that arrived in Nepal a century ago. The predations of the modern Nepalese state with its staunchly Hindu biases have also been a central axis of analysis. What has emerged over the last decade, however, is a hitherto unimagined revival among traditional Newar Buddhists and their venerable tradition centered on Mahāyāna-Vajrayāna teachings and practices. Led by younger Buddhist vajrācāryas and scholars, leaders have introduced a welter of new spiritual initiatives, institutional innovations, along with gender and caste reforms; supported by wealthy merchants, newly-rich landholders, and a growing number of migrants living abroad, Newar Buddhist traditions have shown a remarkable resiliency and vibrancy. The talk will sketch this confluence of re-configurations and revivals, with special focus on how these factors converged in the nearly-completed construction of a Newar Vajrayāna monastery in Lumbini.

“The paradox that is language and what the Yogācāra had to say about it”.

“Meditation and its subjects: tracing kammaṭṭhāna from the early canon to the boran kammathan traditions of South East Asia”.

All are welcome to attend.